In: Declutter
With: 4 Comments 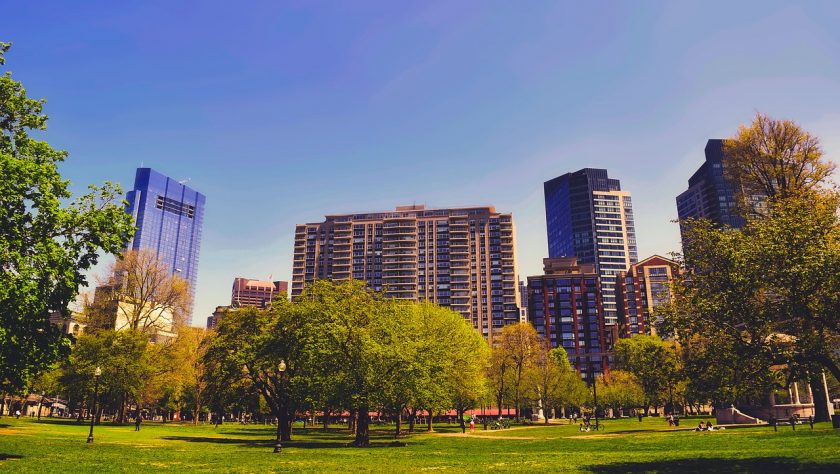 The cube had arrived, and it was smaller than expected. Much smaller.

I stared doubtfully at the metal “relocube” sitting next to the curb. This was supposed to hold everything we were bringing with us?

I now understood why the guy asked if I was absolutely sure they didn’t want to leave a second one just in case. “No,” I replied confidently to the agent. “Whatever doesn’t fit isn’t coming.”

Glancing over and over again at the cube as we ran errands that day, I shrugged off my unease. We had decluttered so much the past several months that surely everything would fit. Surely.

I’ve never been so wrong.

Related Posts:
The Downside to Minimalism (that no one likes to talk about)
The Cost of Minimalism
The Easiest Way to Create a Minimalist Meal Plan

Having seen the size of the relocube, we decided to play it safe and mark some items as “low priority”. Boxes labeled playdough tools, dishsoap, extra dress up clothes, canned goods, along with a few other things were set aside, just in case.

Together, we ruled out a couple of furniture items that we originally found on craigslist. After that, we casually discussed the importance of a few other key items (the couch versus the dining room table), thinking we wouldn’t actually need to make these choices.

Moving night was stressful. What move isn’t? Factor four young children into the mix, and it gets about ten times more stressful.

Spirits were high initially. Mattresses fit just fine. The boxes started to pile in, and my husband kept coming back for more, looking extremely optimistic.

“How’s it looking?” I would ask expecting the worst. “Great! It’s gonna be great,” was his consistent reply.

As the night progressed, however, a good friend with an eye for spatial reasoning started to look nervous. Biting her nails, she looked at me and tentatively encouraged me to go look at the cube. My husband would return and assure me that everything was fine.

Back and forth they went, until finally, I went to look.

Oh gracious. It was so NOT going to fit.

I returned in full panic mode. The adrenaline kicked in. I surveyed the remaining boxes (there were many), took a deep breath, and started sorting.

If you ever need a push to declutter, try sorting through all your belongings with a thirty minute timer. You have thirty minutes to decide what comes and what goes.

The baby girl clothes I had saved through the past three baby boy announcements? Given to the neighbor down the hall.

Dining room table and chairs so carefully broken down? Nope. Not gonna fit.

I glanced at my hastily scribbled labels, frantically trying to remember what extra items were packed inside. Baby quilts? Family photos?

I had no clue. I just had to hope that the boxes I set aside did not hold anything irreplaceable.

I really thought I was going to cry when I realized the majority of my carefully selected baskets and bins I had accumulated over the years were not going to make it. I hastily grabbed some that stacked easily and tossed them in the “keep” pile. I don’t even remember which ones made it. I’ll find out in Raleigh.

Stuffed animals (thankfully the precious ones were in the car)? Gone. Outside toys? Box torn open and quickly sorted for valuable soccer balls and baseball gloves. The ones we kept were shoved between car seats in the (already stuffed) van.

The Unexpected Emotions that Come with Stuff

I truly thought I had worked through sentimental attachments to things. I’d read Marie Kondo’s The Life-Changing Magic of Tidying Up, decluttered like a champ. Box after box was given to friends or charities.

When we decided against another relocube, we simply weighed the worth of our items versus the cost of a second cube (that cost included the additional monthly storage fee per cube). It was a purely logical calculation and decision.

Logical calculations do not prepare you for the emotions triggered by needing to part unexpectedly with your stuff. Thankfully, a dear friend watched the kids while we sorted items to keep or toss, so we were able to shield our kids from the stress of the evening.

Strong emotions and adrenaline kept us awake that night, and we tossed and turned until the early hours of the morning. As we drove away from Boston the next day, I could still feel them, lingering like an echo.

The question surfaces as we prepare to open that cube and sort through what remains.

How much more simple can I get?

I thought I had already simplified enough. Well, I received quite a shock that November night: I wasn’t as simple as I thought.

I still wanted all my stuff, every single thing that had made the cut through every purge, every decluttering session. It still had a hold on me, one I didn’t realize remained.

And yet, there was something freeing about letting it go. To know that stuff is still just that: stuff.

Were you ever forced to downsize unexpectedly? Share in the comments!