Minimalism with Kids: 5 Things You Need to Remember

In: Declutter
With: 12 Comments 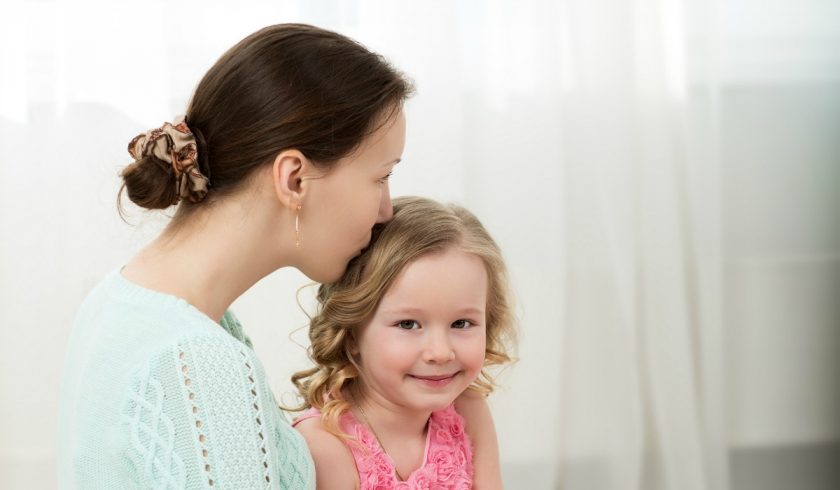 Inside: Minimalism with kids looks so different than the picture painted by some minimalist bloggers. If you’re feeling disillusioned, you need to remember these five things.

What drew me to minimalism is what draws most moms these days:

Minimalism did give me more time and less exhaustion.

But that perfectly clean house? Well, I’m still waiting on that one.

I love Allie Casazza and Joshua Becker and most of the other strong voices in minimalism today. I agree with their message one hundred and ten percent: less stuff will change your life.

However, moms with little kids sometimes hear that message and add on to it, without even realizing it. They also forget that while single minimalists are able to make their own choices about what to get rid of and what to keep, we moms are dealing with multiple, possibly conflicting, voices and opinions.

After hearing gushing testimonials, moms jump into minimalism with unrealistic expectations about what minimalism can (and can’t) do for them.

How do I know? Because I did, too.

Related: How Minimalism Can Hurt Your Budget

For the Mom Disillusioned By Minimalism: You Need To Read This

When I first heard about minimalism from The Life-Changing Magic of Tidying Up , I had three little kids five and under, with one on the way (if I could go back, I’d start with this book, instead, by the way).

And I was tired.

Minimalism sounded like the answer, so I went through every single thing in my house and asked the now famous decluttering question: “Does it spark joy?” (and a lot of it didn’t).

I decluttered, decluttered, and decluttered some more. I didn’t think we had that much to get rid of, but I still managed to fill at least eight huge garbage bags for donation.

We gave away even more to friends and family.

I assumed minimalism would solve all my cleaning problems. The “magic of tidying up” would be truly “life-changing”.

After a couple of months, I started doubting minimalism. Was it really as life-changing as I initially thought?

I had more time to spend with my kids, true. I wasn’t spending every minute of the day cleaning up and organizing.

But I still spent a decent chunk of every day cleaning. And I was still tired at the end of every day– not exhausted, but tired. And minimalism was starting to affect my relationship with my kids, and other people in my life.

Where was this perfectly clean house I thought I would get out of this whole minimalism thing?

Where was the promised freedom from constant exhaustion?

Why was decluttering and keeping stuff out my house so dang hard?

Here’s what I realized eventually:

I eventually bounced back from my own disillusionment with minimalism. I adjusted my expectations, and I still tell people that minimalism changed my life (hence, this blog).

I’d hate for you to give up minimalism like I was tempted to do a couple of years ago. So if you’re a mom disappointed by minimalism, let me share a few important truths that I think will help you.

Related: Extreme Minimalism: How a Family of 7 Learned To Love It

5 Things to Remember About Minimalism with Kids

1. You’re not a single guy or married with no kids. You’re a MOM with kids.

Unfortunately, the stereotypical minimalist is a SINGLE, middle to upper class white guy, and the demographic trying to adopt minimalism these days is so much broader than that.

There is a pretty crucial difference between single dude and you. He can get rid of anything he wants (no one to clear it with but himself), and he can get by with a lot less than you can.

You, on the other hand, can declutter until your face is blue, but unless you want your kids to be left with sticks outside as their only toys and to own only one set of clothes, you are always going to have SIGNIFICANTLY more stuff than your “no kids” counterparts.

Also, kids equal messes, plain and simple. I don’t care how many toys you give away.

Ok, maaaybe if you only have one child can your house be perfectly tidy after you declutter. Maybe it will stay clean if your child is older than 7 and is born a clean-freak.

And that’s a big maybe.

This is coming from a homeschooling mom of four kids eight and under. My kids are home with me all day every day, and for me to think that minimalism was going to fix all my messy house problems was quite frankly ridiculous.

They’re still learning how to clean up those messes.

And then there’s husbands, who bless them, don’t always clean up after themselves. If that’s your husband, the reality is he makes messes, too. And he’s still learning to clean them up.

So that’s some more mess, right there.

Especially if your kids are small and you are planning on growing your family, your house will be messy for at least a few more years.

Minimalism will make your home less messy…but unless your wonder woman or you have fewer kids or older kids, it will probably still be at least a little messy.

Those little kids I mentioned are people, too. They have opinions and voices. They have physical stuff they love, as much as you might hate the sight of it. And if you want them to choose minimalism later on, you have to find a way to make that work.

I made the classic decluttering mistake that I see many moms make: I decluttered in secret. I threw away my kids’ stuff without even asking. I didn’t involve them in any of the decisions.

Let me tell you, that backfired in a BIG WAY.

Decluttering isn’t worth jeopardizing your relationship with your kids or your husband for that matter, if minimalism isn’t his thing (yet).

You can accomplish the same goals by decluttering alongside your kids, I promise. It just might take a little longer than you’d like, and you might keep more stuff than you originally envisioned.

3. You still need systems, and minimalism won’t create them for you.

Decluttering will get rid of the excess stuff, and with it some of the tidying and reorganizing that comes with clutter.  And if you truly embrace minimalism, less stuff will enter your house from that time forward.

However, there are several things minimalism won’t do.

It won’t plan your meals.

It won’t organize the stuff that remains.

It won’t deep clean your house.

You need systems for that. You need routines to make it easier. Minimalism plus routines and systems can make a much bigger difference than minimalism alone.

Posts to Help You Create Systems:

4. You might have only decluttered, not fully embraced a minimalist lifestyle…there’s a difference.

Once you finish your initial hard-core decluttering efforts, you have a choice to make: are you just going to declutter? Or are you going to become a minimalist?

People who declutter but don’t embrace a minimalist lifestyle tend to keep running into the same problem: they keep accumulating more and more stuff and need to declutter all over again.

Why? Because they don’t change the way they consume post-decluttering.

To me, the difference between just decluttering and actually becoming a minimalist is how you change your consumer habits after decluttering.

When you choose minimalism, you’re simply saying that you want to intentionally live with less.

That decision will affect what you buy and how much you buy. You commit to be much more careful about your purchases, evaluating every potential purchase to decide whether that thing you want is truly useful and worth the maintenance (i.e. time) it requires.

If you don’t change your buying habits, frustration and disillusionment with minimalism will be inevitable.

Calling yourself a minimalist doesn’t mean you need to paint your walls white and give away all your furniture (which I think holds many people back from adopting the label “minimalist”). Every minimalist home will look different depending on what people living there need and value, and the kind of lifestyle they want to live.

You really don’t need to call yourself a minimalist if you’re not comfortable with that term. Just don’t undo your hard-won effects of decluttering by not changing your buying habits afterwards.

I don’t talk about my faith all that often on my blog. I’m not ashamed of my Christian faith, it’s just that explaining how to make washing dishes fun or unschooling language arts doesn’t often require using the name “Jesus” in every paragraph, and I love my blog to be accessible to people from all walks of life.

When my faith isn’t relevant to a post, I don’t mention it.

Why? Because I’ve noticed that the way minimalists talk about minimalism can lead people to believe that minimalism is THE answer, THE way, and that it will save them, somehow.

Many of the minimalist authors I’ve read (there are some I don’t read often), with the exception of Marie Kondo, are Christians. I know that none of them intentionally try to elevate minimalism to the same level as Jesus. We, as readers, make that mistake.

I’ve had to stop myself several times to remind myself that minimalism isn’t the answer to everything. Like I mentioned in my second point, minimalism alone won’t solve all of your mom problems. I also have friends who are intentionally NOT minimalists, and I’ve actually benefitted from their choice to own more.

But anytime minimalism tries to replace the Savior, that empty place in you that Jesus was meant to fill, it will eventually fail you.

Moms: Don’t Give Up on Minimalism

Mom who’s disillusioned with minimalism: I’ve been there.

I thought about giving up on minimalism several times, especially after realizing the challenges of decluttering on a low income and minimalism’s potential to negatively affect my relationships, if I let it.

Instead, I took the time to really think about how to do minimalism with kids well. I stopped placing unrealistic expectations on what minimalism could or should do for me.

I decided to stop obsessing over anything and everything that came in and out of our house because with kids and a non-minimalist husband, I can only have so much control. I chose to prioritize my relationships more highly than my need to control how much stuff we had or didn’t have.

Don’t give up on minimalism! Instead, stop and think about how you can make minimalism work for you.

You. Not Marie Kondo, Allie Casazza, Rachel Jones, Joshua Becker, or any other minimalist blogger.

What do you want minimalism to be for you, with your own unique set of circumstances?

Minimalism is a tool to improve your life, not a law to rule your life.

Don’t give up on a good thing. Take what works; leave the rest.

I’m glad I didn’t give up on minimalism. I’m glad I took the time to figure out how to make it work our family and our circumstances.

I hope the same will be true for you.

Read Next: 8 Tips to Decluttering on a Low Income (from a mom who’s been there)

2018-05-15
Previous Post: 7 Secrets to Surviving the Terrible Twos (from a mom of 5)
Next Post: 7 Decluttering Questions to Use Instead of “Does It Spark Joy?”