In: Blogging, Blogging Tips, Work At Home
With: 22 Comments 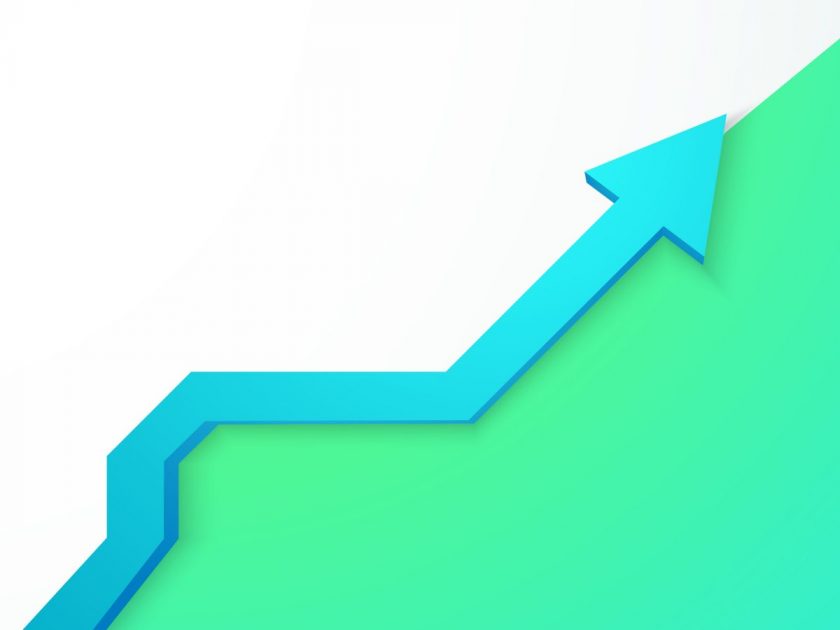 Inside: Bloggers – increase your pageviews using these tips! All of them combined helped me increase my pageviews rapidly over the course of one short month.

Four months into blogging, I was slogging away and barely hitting 3,000 pageviews a month. I churned out content, stayed up late, and scheduled my pins on Boardbooster. Nothing worked. I wanted more pageviews, but I had no idea how to get them and next to nothing to spend finding out how.

Like so many other new bloggers, I didn’t have a lot more to spend on blogging resources. I had already spent a lot of money on hosting, a theme, a P.O. Box and more. It’s hard to justify sinking more into something that is generating less than a dollar a day of actual income (and you probably haven’t even seen one of those dollars hit your bank account yet, am I right?).

Pin scheduling, while definitely saving me time, did not seem to be producing very many results. Then, I stumbled across a blog post on Pinterest explaining how one blogger rapidly increased her pageviews through manually pinning to Pinterest.

And the idea intrigued me. So I followed it.

The referenced e-book Pinteresting Strategies was extremely affordable compared to other blogging books and courses. I didn’t have much to lose (I mean – 100 pageviews?), so I cancelled my Boardbooster account and started reading.

By the time I finished that book, I finally felt like I understood Pinterest. I took a class earlier this year that definitely increased my understanding and gave me great pointers I couldn’t find anywhere else, but after I read this book, I finally feel extremely confident focusing on Pinterest as my main social media platform.

While I do attribute the majority of my leap from less than 3,000 pageviews a month to 43,000 pageviews in one month to Pinteresting Strategies, I did do a few other things that contributed to my success. Read on to find out everything I did differently in June.

You may not think certain topics are worthy of Pinterest, so you don’t even bother making a pinnable image at all.

A large percentage of my pageviews in June came from a post I wrote early in my blogging career, one I did not think would attract so much attention. In fact, I barely promoted it on Pinterest at all. I simply pinned it to my “Best of This Simple Balance” board and a “simple living” group board.

The pin had maybe 10 repins the last time I checked. It definitely was not in my regular pin rotation, though I was looping my “Best of” board using Board Booster.

Somehow, the right person came across it and pinned it. I checked my Google Analytics one day to discover that more than 130 people were on my site at the same time! So exciting when you’ve barely seen three visitors at once.

Then, it attracted 7,000 pageviews over the next three days. Because it attracted both negative and positive comments, I was a little scared to share it again. But I decided to do it after getting accepted to a large group board that I did not think I would get accepted to.

Pinning it to the large group board (with over 55,000 followers) sent it through the roof! It received close to 17,000 pageviews that weekend and put my little blog on the map. I was thrilled! 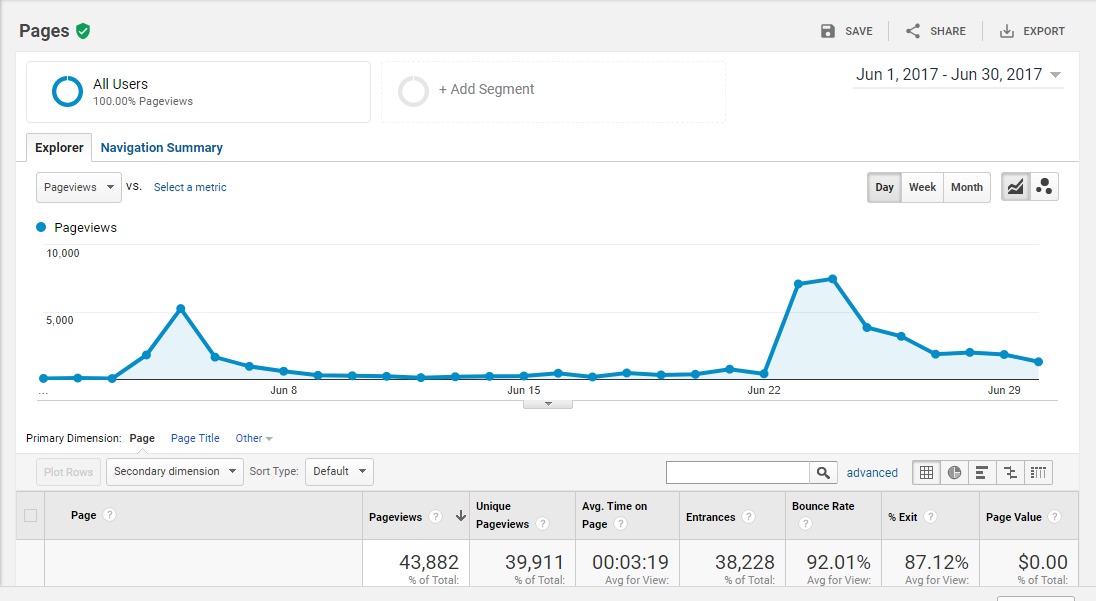 2) Asked to join Pinterest group boards all the time – and asked big.

Remember that group board I mentioned? I never thought I would get accepted, but I asked anyway. The board owner said yes! You just never know.

I am constantly searching Pinterest for new group boards. I find other bloggers in my niche and see what boards they are on. It’s an arduous process, but it definitely increases your reach when you get onto bigger boards.

I bought Pinteresting Strategies and gobbled it up. Carly (Mommy on Purpose) knows Pinterest, and I finally understood why certain pins were not coming up in search engines and others were; why certain pins were popular and others weren’t. I finally had step by step actions to take. Carly explained exactly where to pin my original pin and in what order to pin to each of my boards.

I love people who lay out exactly what to do and how to do it.

I began to pin my top twenty pins manually every day (10 homeschooling pins to my homeschool group boards and 10 parenting pins to my parenting group boards), but not just from Pinterest or from my website itself. I pinned from another source that I learned about in the e-book, one I would never had come up with on my own.

They say blogging is all about networking, but you don’t really believe it until you actually talk to other bloggers.

Most of the bloggers I have talked to are super generous! They respond to e-mails with blogging questions that they probably don’t have time to answer. They give back because they remember being where you are right now, struggling to gain an audience and figure out everything blogging.

A couple months ago, I noticed on Pinterest that a blogger in my niche lived in my city. I reached out to her asking for a coffee date. This was a big deal – she was a guest on one of my favorite podcasts and very well-connected in the homeschool niche, at least with the people I wanted to connect with. I didn’t expect her to say yes.

Guess what? She said yes.

By getting together in person, I made a great friend, a future homeschool mentor, and an advocate. She has helped me to make great connections in my niche. I received the invite to the facebook group through this same blogger friend (thanks for being awesome, Mary!).

The facebook group included a weekly content sharing thread. I love this particular group because there is absolutely no pressure to share anything (none of the “pin the above five posts” for every post your share). Generosity is encouraged, and I have found homeschool bloggers to be extremely generous and supportive!

I have definitely received traffic from participating regularly in this group. The major benefit, I have found is to get traffic from social media sources other than the platform you are currently focusing on. I focus on Pinterest pretty exclusively right now, while the bloggers in my group already have an engaged Facebook and/or Twitter audience that I didn’t have to build, already primed for the type of content I create. Win!

While it has not attracted as much attention as the original post, it offered potentially double the pageviews on the original article. Not everyone has read part two, but some people did.

The Cost of Minimalism

Update: This post received almost as many pageviews as the original in July!

However, when I learned you could try it for free for three months, I jumped on it! It has increased my followers by 3-7 followers a day since I started using it (without any of that following, unfollowing stuff), which of course makes it far more likely that I will get accepted to new group boards.

You can check out MiloTree HERE.

Lena Gott of What Mommy Does went from 17K pageviews to 350K pageviews in nine months, and she wrote about it in her e-book Traffic Transformation Guide.

Thankfully, I snapped it up before a recent price increase. The updated version is more expensive, but I believe the information she shares is worth the cost.

This book is jam packed with creative ways to increase your pageviews from someone who has tested them herself (and is now at 400,000 pageviews a month). She honestly shares what she tried: what worked, and what didn’t.

I implemented several of her strategies, which I believe also contributed to my traffic increase.

Manual pinning on Pinterest as outlined in Pinteresting Strategies clearly contributed to my success. However, as a busy homeschool mom of 4 kids 7 and under, it definitely cut into my time for content creation.

Something had to give. It was pinning or content creation. I chose content creation and to take a break from manually pinning full-time, not because I don’t think it’s the way to go; I just had to prioritize (it’s so hard, isn’t it?!).

I signed up for Tailwind this month because it gives you the best times to pin (when your followers are most engaged) as opposed to Board Booster which requires a lot more digging into analytics – no time for that!

The only bummer for me about Tailwind is that it pins new pins every time, as opposed to increasing the repin counts for each pin as manual pinning does.

You can check out Tailwind HERE – you can get a $15 credit when you use this link.

If you are not getting results with Pinterest from your current scheduler and you have more time than I do, then I highly recommend manually pinning for a month to see how it affects your blog traffic.

You really don’t have anything to lose if you are stuck where I was. 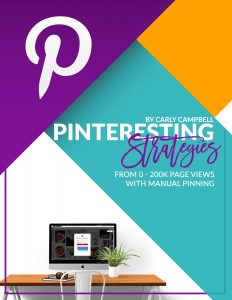 I am still applying Carly’s overall strategies for Pinterest along with pinning a handful of specific pins manually. If you read Pinteresting Strategies for yourself, you’ll understand which pins fall into this category.

This book got me unstuck and helped me understand my main social media platform from the inside out.

Have questions? Leave a comment, and I will do my best to answer them. 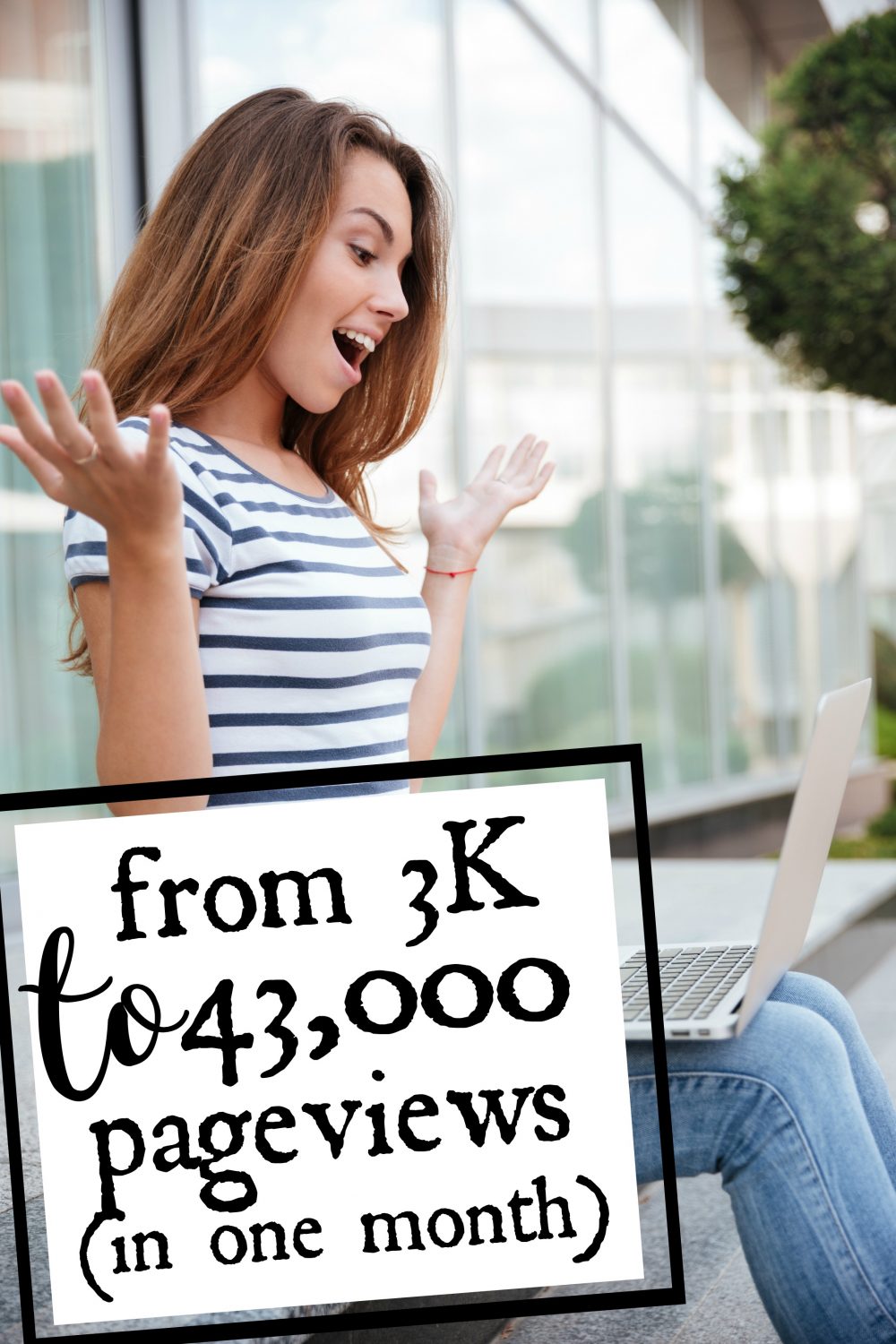 Want to love homeschooling, but you're struggling?GET HELP!
+
We use cookies to ensure that we give you the best experience on This Simple Balance. You can switch off these cookies easily if you wish. Follow the read more link for more information.OkRead more