The Biggest Mistake to Avoid When Decluttering with Kids

In: Declutter
With: 14 Comments 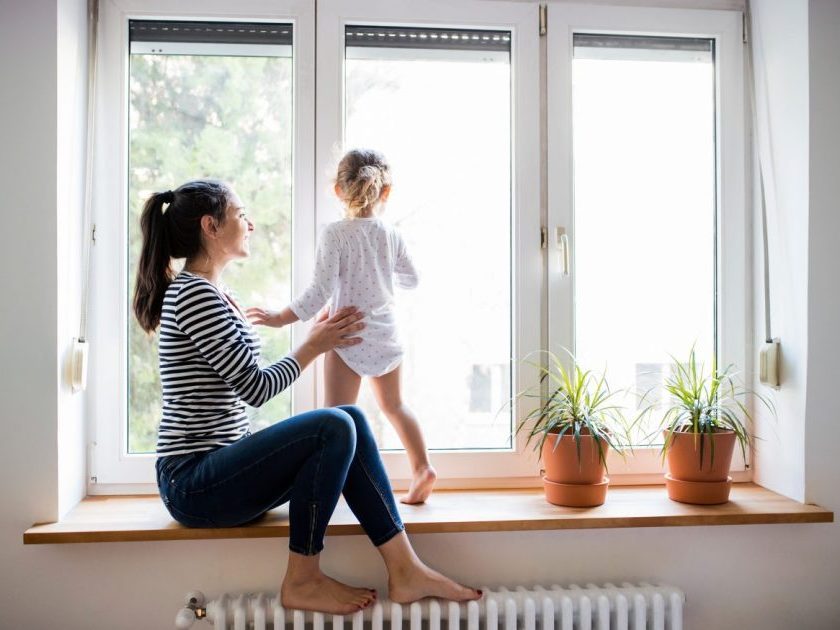 Inside: How we declutter with kids will affect how they see minimalism – for better, or for worse.

My son cried today. Not just a whine or a single tear, but deep, gut-wrenching sobs.

Did he get hurt? Did one of his siblings hurt his feelings, take away a toy, exclude him from a game?

Nope. It wasn’t any of those things.

And I caused those tears by doing something any minimalist mom might do.

Related: The Downside to Minimalism That No One Likes to Talk About

Decluttering Out of Frustration…Without Asking

As his sister started to explain that he wanted a game (I couldn’t understand him through the choked tears), I started to feel uneasy. The game she was describing started to sound awfully familiar.

Awfully like a game I knew I dropped off at Goodwill over two months ago.

He was crying for this game – an insanely difficult puzzle activity, where shapes get matched together to fit inside an outline. It’s supposed to make kids smarter…or something.

My kids? It mostly made them scream with frustration.

The pieces never stayed where they were supposed to.

Those same pieces ended up all over the house: the kids could never find the rare ones that every single puzzle seemed to require (cue more crying).

Instead of it being the advertised, “hours of engaging play”, it ended up being hours of me supervising, correcting and comforting.

Not fun. It was a game I definitely could live without.

So when months went by without mention of or interest in that particular game, I started to wonder – maybe we could get rid of it!

I wordlessly moved it to the storage room, hoping the out of sight, out of mind principle would do the trick.

The time came a few months later to do a Goodwill run.

Almost everything else in that Goodwill pile I had cleared with the kids and my husband. Everything was clutter we didn’t need in our house, and everyone said it was o.k. to give the stuff away.

But there was so much in the pile, I just tossed it on top. After all, they hadn’t asked for it or mentioned it in over a year.

Surely it was far from little hearts and memories. I didn’t think twice.

If only I stopped to think about what I learned just a few short months ago about honoring the little people in our lives by asking permission to give away/throw away their possessions.

Instead, I dropped the entire load off with a sigh of relief. It was gone – never to be thought of again.

Or so I thought.

As I watched the tears stream down my most sensitive child’s cheeks, remorse welled up inside me yet again.

There was nothing else to do except sit on ground with him and hold him. To apologize and ask forgiveness.

What About the Kids in Minimalism?

How many more moments like these will it take for me to get it?

These little people in my family, they have their own thoughts, opinions, attachments and memories. Young kids especially love to collect things. They love the touch and feel of certain toys.

They have fond memories playing games together as a family – memories we, the clueless parents, never even realized they had!

They don’t even remember the screaming.

And pretty soon, those cars and blocks and games will be left behind, anyway.

Minimalism is the intentional promotion of the things we most value and the removal of everything that distracts us from it.

As moms trying to live out minimalism with kids, aren’t these kids in front of us the things we most value? Aren’t they a large – if not the biggest – part of our purpose?

So let’s be careful, minimalist mamas, lest our kids have too many memories of their moms giving away beloved toys – without even asking.

When they can’t walk or talk, we can get away with it. But not when they’re bigger.

How Will They See Minimalism?

I read an article recently about a mom quitting minimalism, and her moment of decision came as she was going through her kids toys for the millionth time (with them standing by, watching with resignation).

All of a sudden, she was hit with a painful memory of her mom selling her favorite dollhouse at a yard sale – without asking.

That’s when she quit minimalism.

But here’s the thing: while I completely understand her decision, I know that it’s a whole lot easier to quit than it is to find balance.

Minimalism with Kids Is About Finding Balance

I’m not advocating that we let clutter take over our homes and lives.

Half the battle is what we allow in in the first place.

But I am challenging myself (and all of us mimimalist moms of little ones) to ask before we get rid of their stuff– instead of being afraid that our kids will never want to get rid of anything.

I avoided asking permission to get rid of things for a long time because I didn’t want to deal with the conversation.

I need to do a better job at explaining why we choose minimalism in the first place. Kids can understand better than we think.

All of that is on me as a minimalist mom.

Is it more work?

Having those challenging conversations and finding balance?

It sure is. But I think it will actually help our kids choose minimalism later in life when we honor them in the decluttering process.

Let’s do the hard work, minimalist moms. I think we’ll find that years from now, it was worth the effort.

Related: How to Declutter with a Sentimental Child (Who Wants to Keep Everything)