Can You REALLY Make Money Selling Your Clutter?

In: Declutter
With: 8 Comments 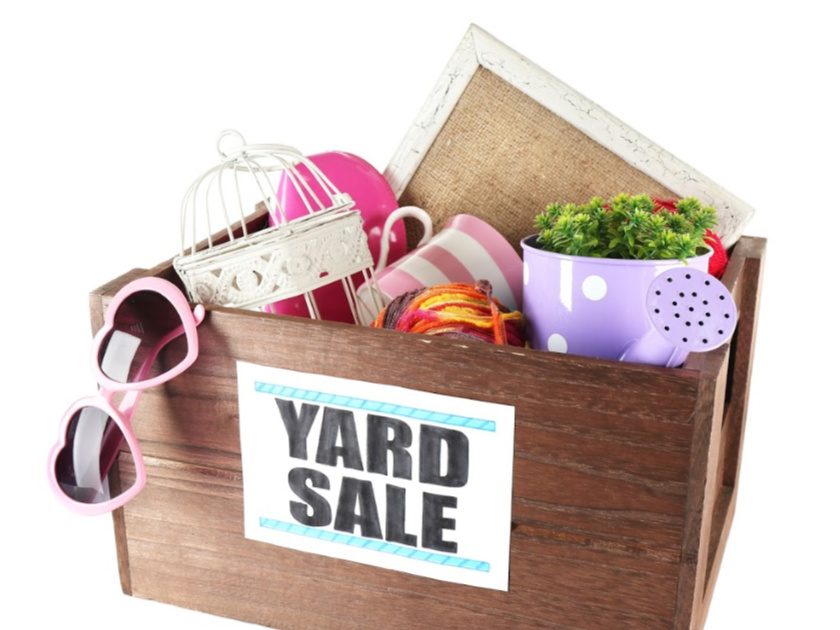 Inside: Can you really make money selling your clutter? Perhaps, but probably not the people who could use that extra money the most.

“How to Turn Your Clutter into Cash.”

“7 Surefire Ways to Sell Your Clutter.”

Each headline is better than the last. Decluttering is now not just stress-relieving and soul-freeing, but it’s profitable.

And maybe it is, if you start from a place of financial independence and excess…or a whole lot of credit cards.

Related: Please Don’t Declutter Your Home In a Weekend – Here’s Why

Can You Really Make Money Selling Your Clutter? My Personal Experience

When I first started decluttering and saw bags and bags lined up against my hallway wall, I thought about those Pinterest headlines. Visions of hundred dollar bills started dancing across my eyeballs.

Perhaps all my misspent dollars (on sale or a thrift stores, of course) and frugal, hoarding tendencies could amount to something – a little cash to make the decluttering process hurt just a little bit less.

So, I abandoned the donation trash bags and started setting aside things in piles, instead. I listed out ideas for how to sell all that clutter (all the usual places):

Surely, I could make at least two hundred dollars from all this stuff, if not several hundred?

I started snapping photos and listing things on Craigslist and in Facebook groups. I waited eagerly for the offers to pour in. I anticipated pick-ups and drop-offs and happy exchanges.

Someone gets what they need; I make some extra money selling my clutter (plus, it’s out of my house). Everyone wins.

Or so I thought.

It didn’t exactly work out that way.

I expected offers: I got crickets.

Related: The Best Place to Start Decluttering (when you don’t know where to start)

When nothing seemed to be panning out with typical online selling, I thought I’d try another route. A friend recently tried sending her kid’s items to thredUp to resell. I asked her how much credit she got for the clothes, thinking I could at least earn something that way.

Less than a couple of dollars for an entire bag of kids’ clothing (I think it was closer to $.50, but let’s be generous, shall we?).

Not worth standing in line with three squirming kids under five.

My later research showed that thredUp only gives decent store credit for high quality name brands, often only one or two seasons old (i.e. Old Navy doesn’t count). Nothing in my cast-offs would have qualified.

Sell Your Clutter at a Yard Sale?

Not to be deterred, I thought about hosting a traditional yard sale. We had bags of stuff to sell, and maybe I could enlist other families to join?

Then I remembered trying to run a yard sale as a fundraiser. People donated bags and bags of clutter – there must have been seventy-five bags, at least – in a tiny garage. I organized for days.

We raised a grand total of $300 for several days of hard work setting it up.

I had eight bags, and we lived in the city with no obvious way to host a yard sale.

A Different Point of View: 5 Convincing Reasons to Sell Your Clutter, Instead of Donating It

I found a different post offering another site: Decluttr. I typed in some of the items in my piles, particularly books.

Some weren’t accepted, at all. Others were worth pennies, at most.

The more I clicked, the more I realized that the items that were actually worth something? The “clutter” that was actually selling?

None of these things were in my bags and bags of clutter.

So What Clutter Did I Sell That Actually Made Money?

I finally managed to make some extra cash selling some clutter (and by some, I mean three or four things).

This is all from a three-year-old memory, so bear with me.

I listed them for $15. When the lady showed up, she apologetically explained she only had $10.

These were originally given to us by our neighbors. They were practically brand new.

Three things: $55. Not too shabby, I guess…but I expected more.

Related: The Best Minimalist Toys for Hours of Happy Play

When You Realize You Can’t Sell Your Clutter

The things I was willing to purchase brand new from the store? I expected to sell those things instantly. They were still in good condition, and they were valuable to me at one point.

Surely, they would be valuable to someone else? Anyone else?

Oh, I’m sure that someone, somewhere in the world would be willing to pay something for them. But that person wasn’t in a reasonable radius of my home, and with three little ones, I wasn’t willing to attempt to sell them on eBay (remember the whole standing in line at the Post Office with small children thing?).

Instead, I ended up practically forcing other people to take them.

Neighbors, friends, family – ANYONE. I had spent my hard-earned money on them: surely someone else I knew could at least appreciate them?

Webster defines clutter as “to fill or cover with scattered or disordered things that impede movement or reduce effectiveness.”

Joshua Becker didn’t love that definition (and neither do I). It certainly doesn’t come close to how it is currently used in our modern era.

I appreciate his additions to the original definition, but in the context of minimalism on a low income, I’m going to expand upon his second point.

When you come from a place of less, your clutter is often something only you needed or loved at one time. That clutter was only valuable to you.

That’s why it’s so dang hard to part with your clutter: at some point in your life, that thing had value to you.

You valued enough to pay for it in the first place, search for it at a thrift store, find a place to store it, keep in through moves.

When you realize that the thing you paid for isn’t worth hardly anything…to anyone? Well, that’s tough pill to swallow (and makes it that much harder to get rid of it).

Related: The Downside to Minimalism (that no one likes to talk about)

What to Do When You Can’t Sell It: Two Choices

Once you realize that your clutter isn’t worth much to anyone, except you, you have two choices.

When you feel guilty for spending money, time or energy on all the stuff that’s accumulated in your house, you might be tempted to think that you’re better off keeping it.

Keep in mind, this is all stuff you had resolved to get rid of in the first place. This wasn’t stuff you might need, that should stay in deep storage for a while.

No. All this stuff was absolutely, definitely, “get it out of my house right now” clutter.

But that resolution seems so fuzzy now, especially when clouded with the realization that your clutter is basically worthless.

There’s something about trying to sell it for something – anything – that makes us feel a little bit better for having bought it in the first place, for having kept it all those years.

And then comes the thought, “If I can’t sell it, maybe I can find a use for it after all.”.

As someone who has tried both of those methods, I can tell you:

If you’ve gone through the entire, difficult process of decluttering, don’t choose number one: just donate it.

Someone like you will be thankful to find what they need one day waiting for them at the local thrift store, right when they need it (and the price will be right).

Related: Top 12 Decluttering Books – And How to Choose the Right One For YOU

2. Donate the clutter, and change your buying habits moving forward.

After processing the guilt from spending money, time or energy cluttering your house with things you didn’t actually need, you can move forward with clarity.

After decluttering for the third time (it’s a never-ending process, especially when you have kids!), I started thinking a lot about the concept of value (this book has a fantastic chart to help you decide whether or not you really need to buy something).

Does someone else value this as much as I value it? Would they be willing to pay full price (or close to it) like I am?

After realizing how little my clutter was worth to everyone else in a thirty-mile radius, I spend a lot more time carefully considering my purchases. I try to make sure I can check one of two boxes (both are ideal):

Don’t let you failure to sell your clutter discourage you.

If you learn from it, and let it change you, even all that misspent time and money won’t really be wasted.

Related: The Right Way to Deal With Decluttering Guilt

So, Can You Make Extra Cash Selling Your Clutter?

Some people can. Even if you can’t, you actually *might* be able to make money selling other people’s clutter.

I personally found that for myself, and many other people in a similar income bracket, you often can’t.

You’re better off getting rid of that stuff ASAP, so you have time to invest in side hustles where you can make far more money for the same amount of effort.

Read Next: 8 Tips for Decluttering on a Low Income (from a mom who’s been there)