The Most Overlooked Step in Homeschool Planning (are you guilty?) 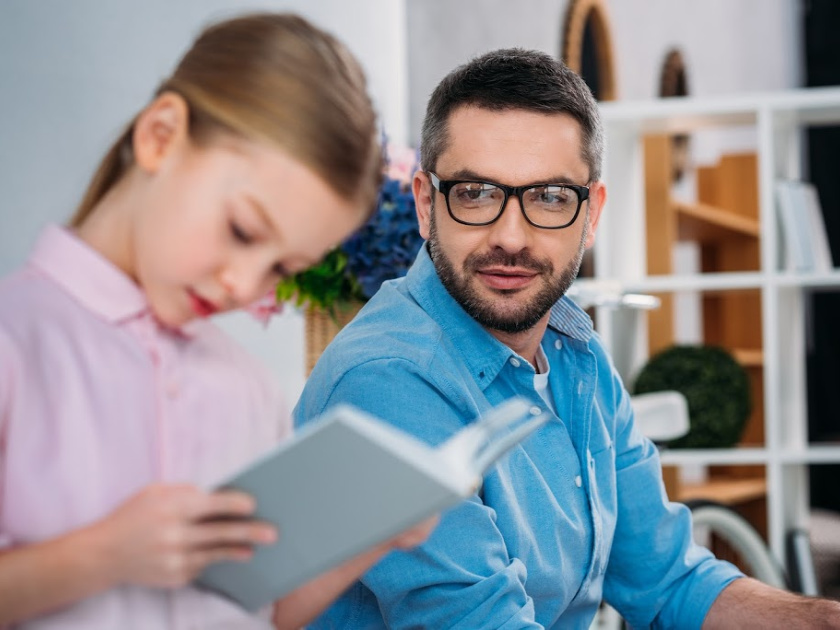 Inside: Are you forgetting this crucial step in the homeschool planning process? If you haven’t asked the other homeschool parent’s opinion on your homeschool plans, then you probably are. Here’s why it matters.

Over the past few months, I’ve drifted more and more towards unschooling – a Charlotte Mason-inspired, gameschooling version of unschooling. I support my kids as they dive deep into their individual interests, do a LOT of reading aloud, and play educational board games on the regular.

The last subject standing for me in the realm of unschooling was, you guessed it: math.

Oh, math. Why is it so hard for us to accept that kids will be just as motivated to learn what they need to learn regarding math than any other subject?

But just as I was finally, after 5 years of homeschooling, ready to leave the traditional math path for good, I made a startling discovery.

I realized I’d forgotten one very important step in my homeschool planning.

And it all started with a passing remark about geometry of all things.

You heard me right: geometry.

You Think Geometry is Essential…For Real?

Before I launch into the conversation that follows, you need to know that my husband is an engineer. An in-love-with-abstract-math civil engineer. The kind of person who geeks out about infinity and exponential growth (hello, current world events).

Now that you have the background…

A couple of months ago, I remarked to my husband in passing, “Why on earth would our kids ever need formal geometry, unless they decided to pursue a math-based career?”

I wasn’t looking to have a long conversation or a debate about geometry. It was a rhetorical comment, at least to me.

But that passing remark about how non-essential geometry is sent my husband off the deep end.

The rant went on for a good ten minutes about how essential geometry is, how many different real-world applications there are for the non-math-career, average person.

It went on and on.

And I just stood there, listening. You know, picking my jaw up off the floor.

He can give you a million reasons why they need geometry, apparently. Maybe more?

And he was absolutely flabbergasted that I didn’t feel the same way.

He also expressed concern about shutting career doors for them down the road if they didn’t at least take the minimum math credits, which includes geometry.

The way I feel about history (essential to raising educated kids, and citizens for that matter), he feels about math apparently.

While I was prepared to unschool math this year, his strong feelings reminded me that I’m not the only parent in the equation here. He is co-parenting with me, and his opinions on what our kids need and don’t need matters.

And I’d forgotten to include him.

The Primary Homeschool Parent Often Makes All the Decisions – Alone

Whoever the primary homeschool parent is often makes all the homeschool decisions by default.

We do the research, read all the books about education ad nauseum, and stay up late reading about curriculum until our eyes hurt.

Maybe I’m alone in this, but I often feel like I have the right to make all the decisions. After all, I’m putting in the work day in and day out…right?

But we forget that the other parent is our children’s parent for a reason. They have a unique perspective on the world that we don’t have.

They have opinions and passions that matter, just as much as ours do.

They are equally your child’s parent. What they think about the world and about education, matters. No matter how much they’ve read about homeschooling or education.

They deserve to be heard.

Your kids need to know why their other parent values certain subjects and sees them as essential to learn. You (and your kids) need that perspective.

What Stops Us From Including the Other Parent in Homeschool Decisions?

I’ll be honest: I like love control. It’s why I had a hard time letting go of traditional authoritarian parenting methodology (which is very control-based).

It’s why it took me so long to relinquish control to my kids over what they learn and when they learn it.

Sharing control is hard on so many levels, especially when we’re already tired.

Which brings me to my next point.

2. Decision-making is easier when one person makes the decisions.

Decision fatigue is already a serious problem for parents in general. Add homeschool style and schedule and curriculum decisions on top of parenting decisions?

Hands-down, making decisions by yourself is (at least, in my opinion) a heck of a lot easier than trying to make decisions with another person.

So, we often skip involving our spouse in homeschool decision-making because we’re tired, and we just want to make the decision and move on already.

Having done the research and read all the books/blogs, we don’t think they’ll understand.

We’re afraid they haven’t let go of a traditional school mindset, or that they’ll come in and blow up our plans.

Or worse, we’re afraid they’ll think we have no clue what we’re doing. And don’t we already feel like that half the time?

Inviting our spouse into homeschool decision-making is vulnerable, and it’s a little nerve-wracking.

But it’s the right thing to do.

Maybe They Don’t Want to Make Any Decisions

Up until this point, my husband has been pretty content to let me handle all the homeschool decisions. I’d simply forgotten to check in with him as the kids got older.

With a daughter going into fifth grade this year (high school is coming – yikes!), the choices suddenly feel like they matter a bit more.

And when he saw that my approach to math was leaning more and more towards unschooling, he became increasingly more vocal in his opinions about following a traditional path to some kind of minimum math competency.

In a lot of the other subjects, he’s seen relaxed homeschooling work. I’m pretty sure he never thought our second and third children would learn how to read with a laid-back, child-led approach. But they did.

I’m gradually winning him over to a relaxed homeschool approach, and he’s happy to leave homeschool decisions mostly to me (except math, of course).

So, if you’re afraid to involve your spouse in homeschool decision making, he/she may not want a say at all. You may just be asking as a courtesy – a way to say, your voice, your opinion, it matters.

But with math, my husband finally spoke up, and spoke up strongly.

He wanted a say, and I respect that. My kids respect it, too.

But What About Unschooling Math?

While I continue to drift more and more towards unschooling on the homeschool style spectrum, at the end of the day there is still one fundamental difference that keeps in squarely in the relaxed homeschooling camp.

What continues to separate me from radical unschoolers, I think, is the belief that what parents think is important to learn matters, too. That it’s equally important to what our children think is valuable to learn.

I’ve long since abandoned the naïve idea that I can force learning because really, you can’t MAKE anyone learn anything they don’t want to learn. But I do make a darn good argument for why I believe a given subject is valuable, and I do my best to find a way for my kids to learn it in a way that resonates with them.

One of my kids consistently opts out of history at this point in our homeschool journey. Granted, he sometimes ends up listening in as I read Story of the World aloud to two other kids, while he’s doing a project in the same room.

He does love hands-on learning and experiences, however. So when it is safe to do so, I will incorporate as many museums and history experiences as I can into our homeschool.

For now, occasional listening and documentaries will have to do.

With geometry? Their dad thinks it’s important to learn. He’s making a great case so far with the oldest child who could care less about geometry at this point (maybe that’ll change in a few years?)/

Ultimately, we are doing our best to honor and incorporate everyone’s opinions and preferences as we decide how to spend our homeschool days.

For now, that means unschooling math isn’t going to happen.

Maybe my husband will come around to unschooling math one day – maybe he won’t. Either way, I have to be o.k. with that.

Because what he thinks carries equal weight in our homeschool.

The Other Parent’s Perspective on Homeschooling Matters

When someone in our family feels strongly that a topic is essential, we stop and listen. We pay attention – we care.

My daughter couldn’t care less about math beyond the basics.

But she knows her dad cares about it.

So, she’s agreed to work on math this year in a more formal way than she would otherwise in order to prepare to take geometry one day. But she has opinions that matter, too.

When I asked her what she wanted out of a math curriculum, she decided she was done with Life of Fred. She apparently prefers math without the stories (that are distracting from the “real math” apparently).

So we came back to a math curriculum we’ve used before: Math U See. I know she needs work on fractions and decimals, so that’s where we’ll start.

I wasn’t planning on doing traditional math this year. I could care less whether or not my kids learn geometry.

So, geometry? Here we come.

2020-06-27
Previous Post: 20+ Language Arts Board Games
Next Post: Should Kids Do Chores? A Healthier Approach (for kids AND parents)